WHO IS FILIP SMET?

Entrepreneur Filip Smet founded his first internet company, Interhost Solutions, at the age of 23. This grew into Lemon Holding – which quickly developed into a company with 150 employees and an annual turnover of 30 million euros.

Today he is founder and CEO of AMOTEK Technologies, a software incubator for start-ups.

Filip is a mentor at Birdhouse and at Vlerick – and today also Entrepreneur in Residence at the Vlerick Entrepreneurship Academy. 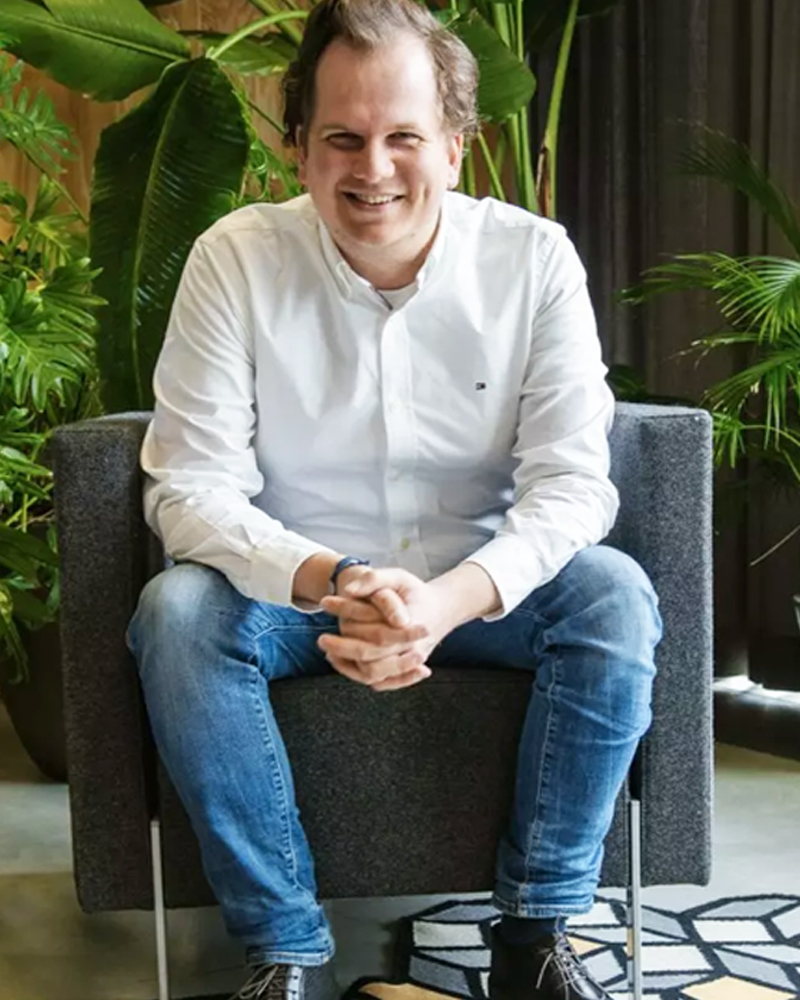 “As an entrepreneur you go through a lot of peaks in the beginning. That growth is very nice. You also do everything at that moment: from cleaning toilets to selling projects. That makes it awesome: you are responsible for your own training.”

As a graduate, Filip Smet worked briefly at IBM, but that was not enough to satisfy his hunger. He preferred to start his own business, but could not really count on support in his environment. “A lot of people said, ‘Wow, what are you going to do now?’ Those kind of reactions triggered me to go even further.”

In the end, it was his father-in-law who gave him the ultimate push: “What have you got to lose?” Smet started Interhost Solutions, a hosting company, without too much investment cost. “The great thing about hosting? It’s a very recurring business model. From the moment you have a customer, they usually stay with you for five to ten years. As long as the service is good and the price is right, you have a very valuable customer base. People don’t like to switch hosting providers.”

Unfortunately, the hosting market was  consolidating. On the one hand, there are major players such as Combell, who buy up a lot of portfolios. On the other hand, you have the big boys, like Amazon Web Services. That is why Interhost Solutions quickly evolved into Lemon, an all-round software development company. Only then did the first major projects come in. “Actually, it was my intention from day one to develop our own products. That ensures continuous innovation in your company.”

When his company grew from five to thirty employees, he felt his role change from entrepreneur to manager. “I suddenly had to delegate and structurally monitor everything that was in that header,” says Filip.

In addition, it caused his company to become a completely different organization. “I saw that some people could no longer follow through. I had let certain people grow into positions that they really couldn’t handle. Just because you’re a great technician doesn’t mean you’re a great CTO.”

That was an important phase in which he had to make decisions and where he had to be very picky about the people he gathered around him in order to continue to grow as a company.

“Somehow you don’t want to let that go because it feels like it’s your baby. That’s the hardest thing I’ve done so far. But once you are indispensable you have really created value as an entrepreneur.” 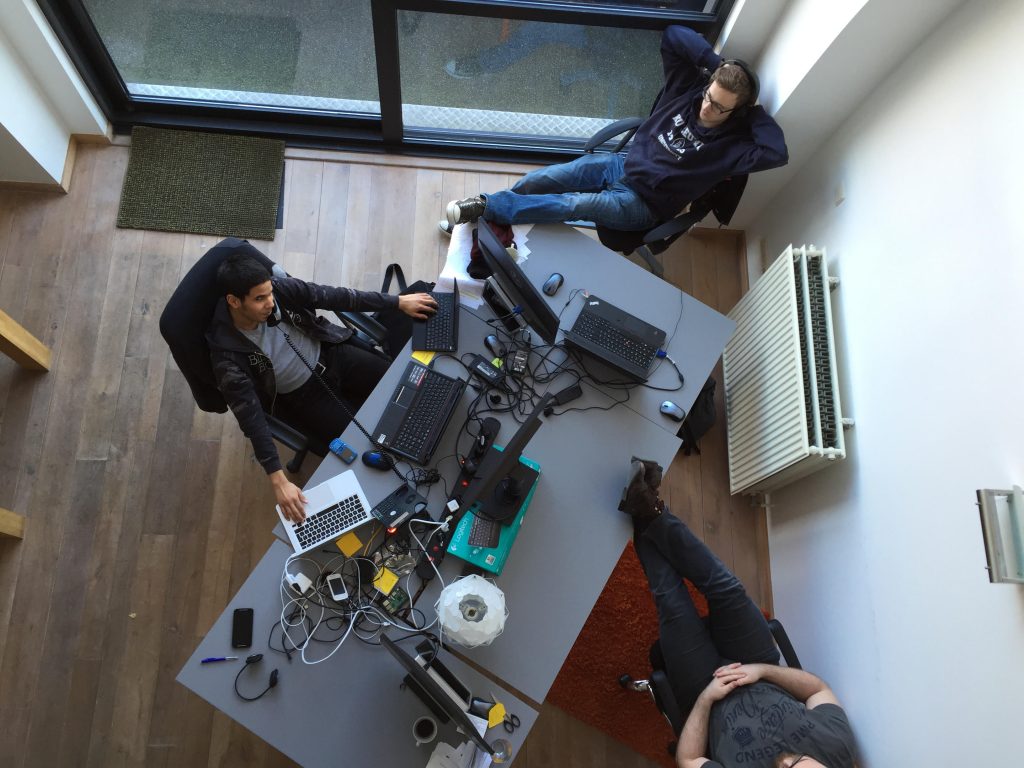 According to Smet, it is extremely important to look for complementary profiles. “Certainly don’t hire people who you think look like yourself. If you’re the smartest person in the room, you’re in the wrong room. You have to constantly surround yourself with people who are smarter and better than yourself!”

The next step was to build a group of companies under one roof. Where complimentary services were offered, where other entrepreneurs co-created and new ideas were built. Road21 was born and grew quickly. The transition from Lemon to Road21 has given Smet a lot of freedom. “We decided not to carry the name any further and to throw it all together with a good friend of mine. Road21 gave me the opportunity to focus more on entrepreneurship and less on the operational side. I absolutely loved it, but I also missed the zero-to-one thrill of start-up environments. I decided to start Amotek Technologies and focus on that.”

With Amotek Technologies, Filip wants to rely on his experience to build a new brand. One that focuses on the human side of business. To experience the thrill of start-ups and to support new ideas.

Finally, Filip Smet gives some wise words to fellow entrepreneurs: “Don’t hesitate too much, just do it and then evaluate afterwards. That has brought about very nice things for me. Perhaps less beautiful things here and there, but you also learn from that.”